Weekend re-cap: cleaning up at Highlands

Its already Wednesday so last weekend seems far, far away... 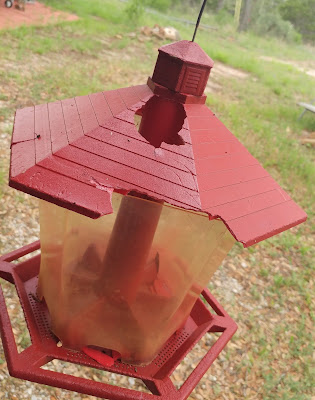 We planned a work weekend at Highlands to address the condition of the storage unit (which was a GIANT mess and had mice) and repair or replace things damaged by the recent hail storms (see bird feeder above!) 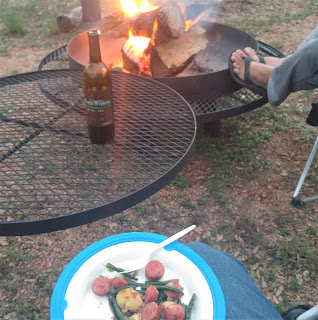 And since the weather was late-Spring perfect we also enjoyed a dinner out by the firepit on Saturday evening. (flip flops at firepits, only in Texas?) 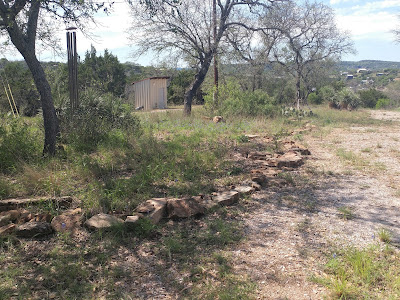 One of the projects I worked on while Hubby reinforced the weather stripping on the well head was this meandering row of stones along the drive in front of the barn.  Have I mentioned we are situated on a hill, for the most part, that was once sea bed?  There is very little dirt to speak of and LOTS of rocks.  This isn't a great pic, but trust me, it was a solid two hours of moving them from a pile next to the BBQ area.  I have plans for the green area on the other side. 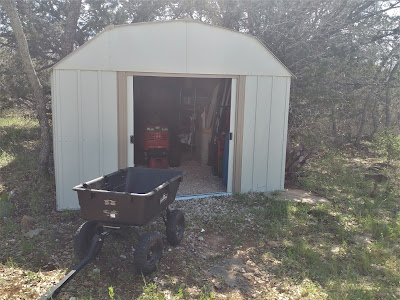 The storage unit sustained some hail damage, but is still standing.  We hauled everything out of it, then decided what to keep, what to toss, organized it, discarded a mice nest, and set a couple of glue traps down.  We also set out some scrap wood to make owl houses the next day. 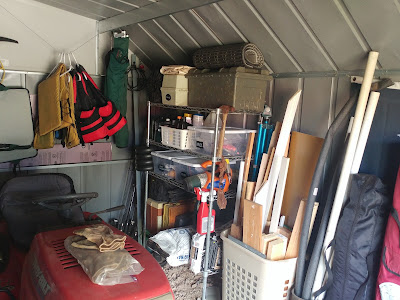 It still looks full, but Hubby can actually drive the mower in and out of it.  Our aim was to store nothing on the floor but there is not enough rack space for that. 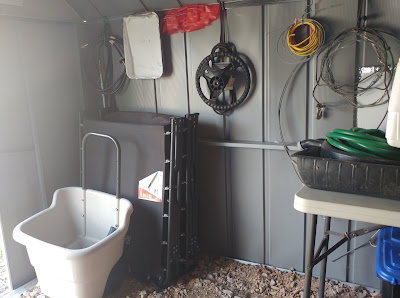 I hung some things from the wall using bungee cords.  And its not pictured, but there is a strip of leftover pegboard above the doors that is a home from small things, like paintbrushes and safety glasses and such.  Some folding tables hold miscellany, but at least we know what all is in there now. 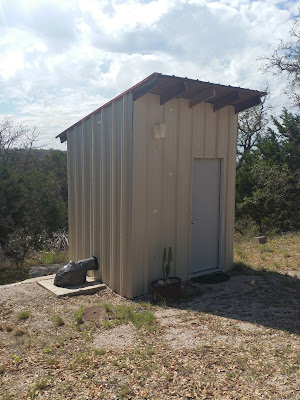 The pumphouse is headed for a refresh.
We removed the stacks of ceramic tiles that were next to the well head, and will paint the interior of it this Sunday.  It will freshen it up and make it feel brighter and bigger.  We already have the paint so we might as well make it friendlier.  When I show you the pics of that, you will cringe!  But it is sooo nice to have a place to take a hot shower. 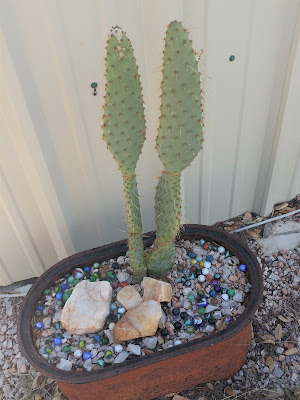 Outside of the pumphouse is this cactus in a piece of junk I unearthed outside of the barn.  I added marbles from Hubby's Cub Scout days.  And there is a rope of solar light around the perimeter.  Before and After spiffing pics to come soon. 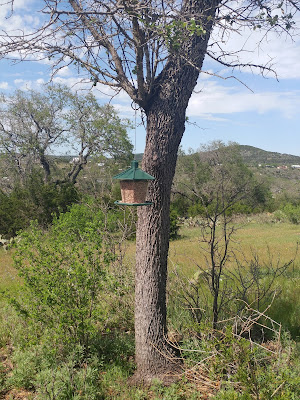 We made a trip to Lowe's for supplies and a new bird feeder - I sure hope this one can survive as long as the other one did.  The UV light out here is also very damaging to all things.  But on Sunday I was treated to cardinals, tanagers, wrens, and finches! 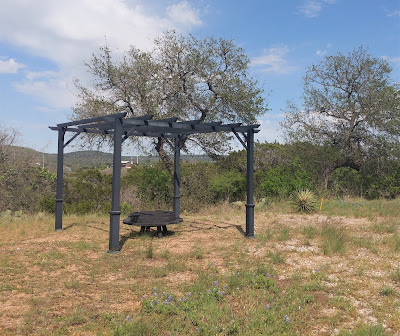 Previously, I moved the firepit to directly under the pergola.  I scooped it out, moved some random wood that was nearby, and Hubby pulled down the red Christmas lights that had been strung around the top - damaged by hail.  Searching for new lights is on my list of things to do. 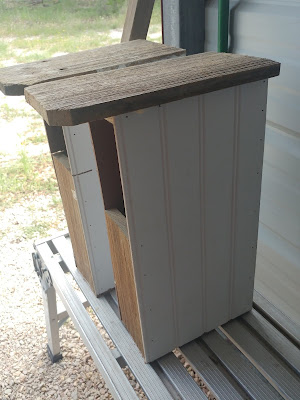 Eastern Screech Owls will have a new home - although I think these will live at Camp Rustown. 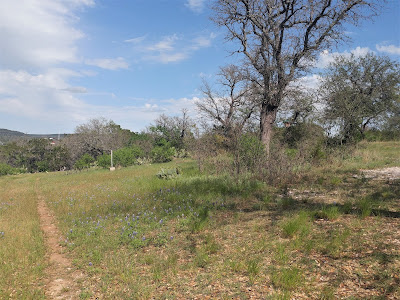 Our bluebonnets are pretty sparse.  And all of the trees have not quite recovered from the triple whammy of the polar storm, followed by two hail storms. 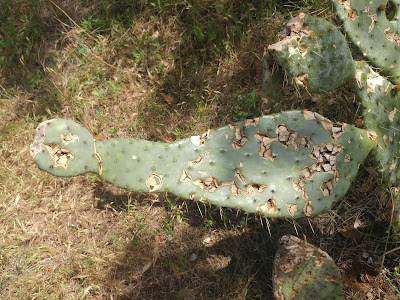 A lot of the cactus is damaged but a lot of it is also getting ready to bloom: It was a good weekend and we were both sore and tired coming home!
Gina
at 7:53 AM

A lot of hard work 😓 I was exhausted just reading how much you two were doing 😂 but it is so worth it. It is a perfect sanctuary ❤️

Can you believe its

Rustown Mom
We are a family in Austin, Texas. Hubby and I have worked hard to make a home to raise four kids and now they have all pretty much left the nest. I believe that a home filled with love is a blessing for our family whenever we are together, and will strive to make it beautiful for all of us, every day.