Hubby's sister had this antique clock that had belonged to his mother.  Once his brother in law passed, it was brought to him.  I winded it up and set it on a bookcase to see if keeps time.  Sadly, it gradually runs behind.  I might have to find another place for it to live until we can get someone to clean and re-set it. 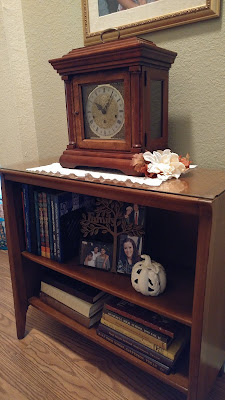 It's kind of fussy and not really our style, but...sentimental. 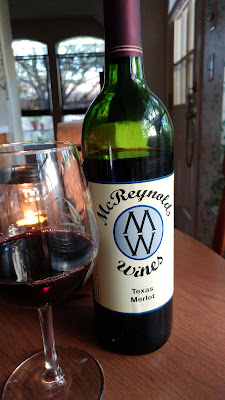 We finally opened the bottle of wine we bought at McReynold's - the one we jokingly refer to as the "winery we shut down" since we bought the last bottle.  The owner at Westcave Cellars told us it's actually a sad story - the vines were not cared for and are not salvageable.  The winery is for sale.  And this bottle tasted to me like dense raisins.  Not the best merlot I've ever had. If only we had a few million dollars and the knowledge to open our own! 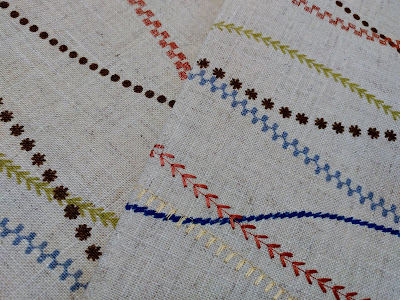 Wal-Mart had these pretty placemats in store and I bought one for the dining table.  I love the colors - sorta fall-ish and they coordinate with everything else in this room. 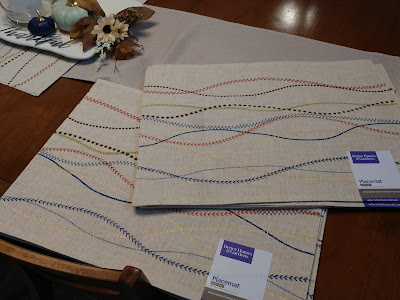 So I decided to buy more of them for our Sunday dinners.  It was actually cheaper to purchase two packs of three of them on-line than it was to buy one or two in store.  That made no sense, but ok. 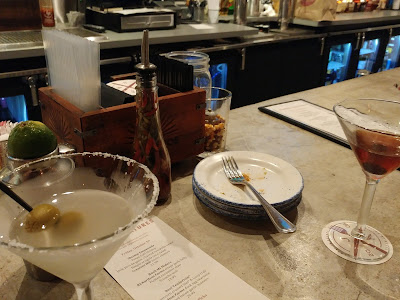 Hubby and I ate at my favorite Austin restaurant on Friday night.  We sat at the bar, enjoying happy hour with smashed guacamole topped with cotija and toasted pumpkin seeds (SO GOOD), then had a fabulous dinner.  Grilled Ruby Trout for me, Chorizo Pork Medallions for him.  The waiter brought us a chocolate mousse dessert on the house and we had great bottle of wine to go with.  All of it was a splurge and so good! 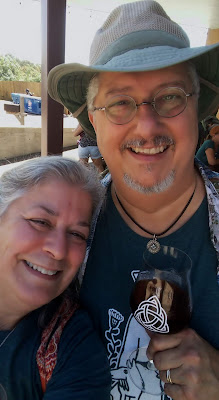 The next day we helped one of our favorite breweries celebrate their fourth anniversary... 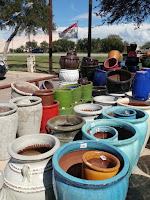 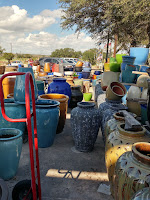 ...then bopped around Pottery Ranch again.  I want to get a couple of these pots to flank the front door at Highlands someday - aren't they pretty?.  And Hubby wanted to price some new wind chimes. 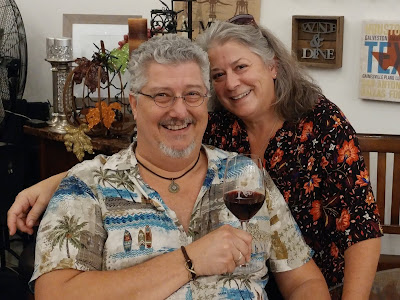 On Sunday we stopped by Bent Oak, as we are now member of their wine club.  The owner is a friendly guy - he saw us trying to take a selfie and said "here, let me do that!".  Yes, I am pretty selfie challenged - see photo above!